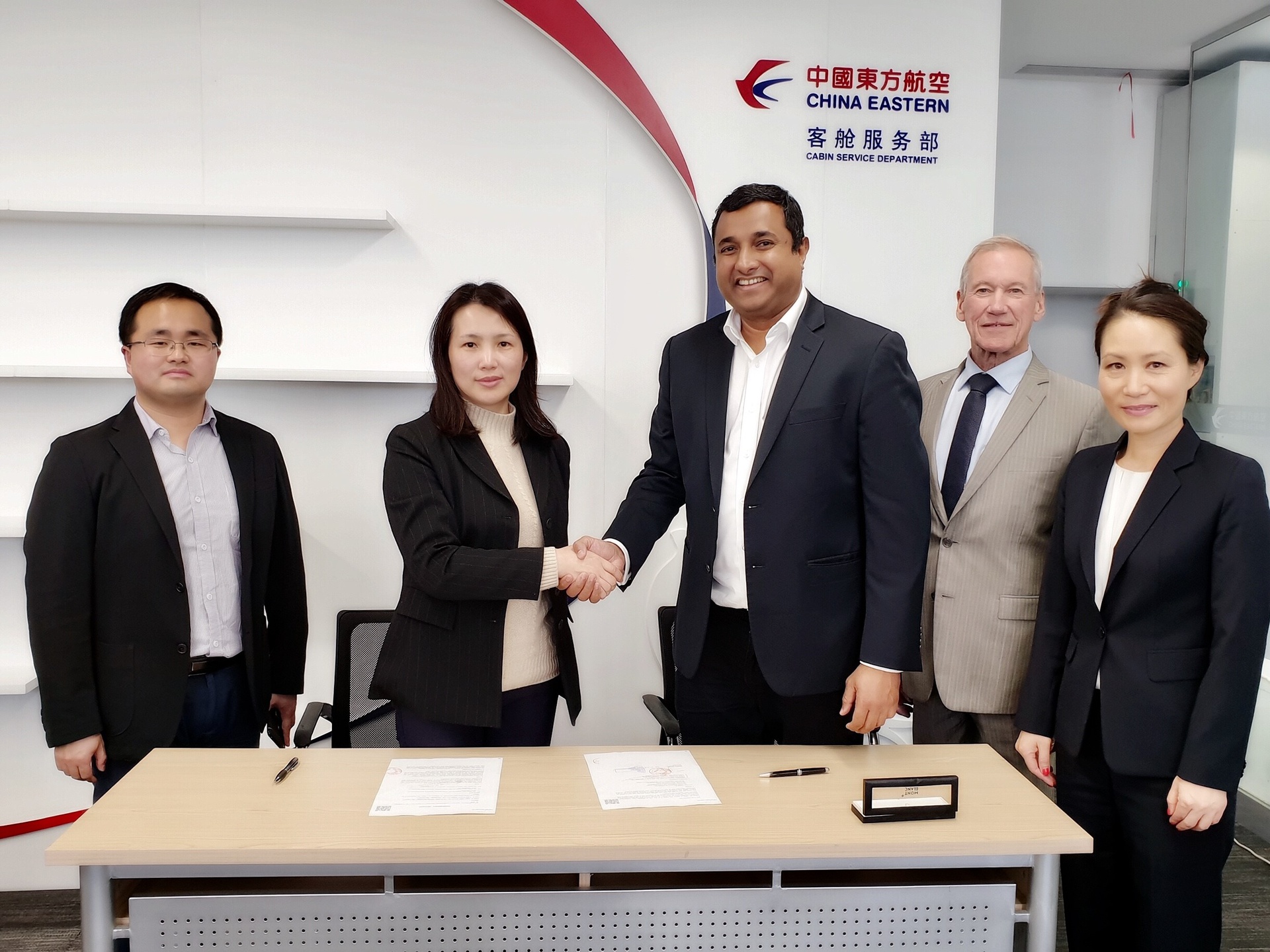 31 March 2019 - dnata, one of the world’s leading air services providers, and China Eastern Airlines have extended their catering partnership in Australia - dnata’s largest catering market. The multi-year extension was agreed at an official signing ceremony in Shanghai.

“We are proud to extend our partnership with China Eastern Airlines,” said Hiranjan Aloysius, CEO of dnata catering Australia. “It is a vote of confidence in our world-class culinary team and testament to the investment we have made in delivering authentic cuisine right across Australia.”

The new agreement will see dnata and China Eastern work together across a range of inflight service initiatives, with a focus on further innovating and enhancing the creative, unique cuisine onboard.

dnata is the largest inflight catering company in Australia, employing more than 3,000 people and serving more than 40 airlines from nine major airports.

dnata has invested significantly in growing its global catering network over the past 18 months, acquiring Qantas Airways’ catering division in Australia, 121 Inflight Catering in the United States and opening a new facility in Dublin, Ireland. It now provides catering services from more than 60 global locations, across 12 countries.  Further significant investment is planned over the next 12 months with the opening of seven new facilities  in the U.S. and continued enhancement of existing facilities and fleet in Australia.